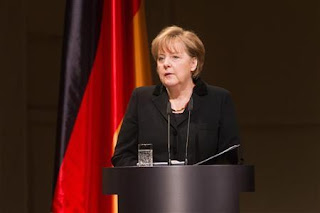 Germans overwhelmingly oppose further aid for Greece, according to opinion poll released on Sunday, one day ahead of a vote in parliament on a new Greek bailout package where Chancellor Angela Merkel may be forced to rely on opposition support.

The poll by the Emnid Institute in Bild am Sonntag newspaper found 62 percent oppose a new 130 billion ($175 billion) rescue package while 33 percent are in favor. A similar Emnid poll in September found 53 percent opposed and 43 percent in favor.

Merkel's centre-right coalition faces a testing vote in parliament on Monday when at least a dozen deputies are expected vote against the measure. It should still pass with ease because opposition parties will vote for it.

But the prospect of the ruling bloc failing to win a majority on its own would be a humiliating setback for Merkel, with some analysts and opposition leaders warning it could endanger her coalition.