G20 turns up pressure on Germany 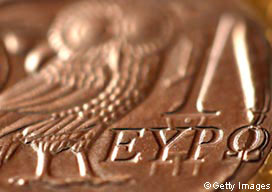 Finance ministers from the world’s largest economies ratcheted up the pressure on Germany to increase the size of the eurozone’s €500bn rescue fund, saying the move would be “essential” to a decision by non-European countries to raise more resources for the International Monetary Fund.

Some European officials had hoped the eurozone “firewall”, called the European Stability Mechanism, could be increased to €750bn at the same time the IMF got commitments to raise its firepower against contagion to about $1,000bn.

But a communiqué issued at the end of a meeting of the Group of 20 ministers in Mexico City – despite efforts by European Union officials to water down the language – made clear that IMF shareholders, including the US and the UK, were unwilling to move simultaneously with the eurozone.

The political pressure puts Berlin in an awkward position ahead of a vote on Monday in the Bundestag to approve a €130bn Greek bail-out.