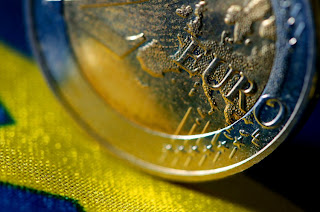 The permanent euro backstop fund ESM is due to replace the European Financial Stability Facility this year. But both 500 billion-euro funds could be merged and added to a third from the International Monetary Fund to create a super debt firewall, according to media reports from Davos.

Europe could have a 'super' €1,500 billion ($1,969 billion) debt firewall by the summer under plans to combine three funds of €500 billion each. The Financial Times Deutschland reported on Tuesday that the plan was discussed at a meeting on the sidelines of the recent World Economic Forum in Davos attended by US Treasury Secretary Timothy Geithner, International Monetary Fund (IMF) chief Christine Lagarde, German Finance Minister Wolfgang Schäuble and his French counterpart Francois Baroin.

The proposal would see the current temporary bailout fund, the European Financial Stability Facility (EFSF), combined with, rather than replaced by, the permanent European Stability Mechanism (ESM). The third €500 billion chunk would be provided by the IMF. In return, euro-zone countries have already agreed to €150 billion in bilateral credit for the fund. The other €350 billion would come from across the world from countries such as Brazil and the UK. The US, however, would not participate -- even though Geithner himself said in Davos that only an extremely large firewall would ensure financial security.

The massive fund will only become reality if Berlin agrees to it, and the IMF and the European Commission are hoping to secure Germany's approval at the next EU summit at the beginning of March.