Europe Gets Ready for Round 2 of Bank Loans 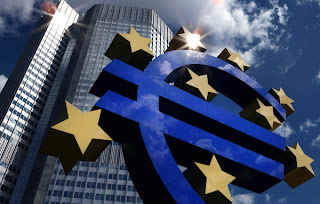 Central bankers do not like anyone to see them sweat, much less panic. But last November the temperature was clearly rising inside the battleship-gray office tower in downtown Frankfurt that houses the European Central Bank.

European commercial banks were unable to raise money to lend to customers. Borrowing costs for Spain, Italy and Portugal were threatening to spin out of control, and Greece’s had risen to levels that would make a loan shark blush. Analysts were issuing reports predicting that Greece would leave the euro zone — if the currency union was lucky. The worst case was that the euro would disintegrate.

“The situation was deteriorating,” recalled one policy maker, who did not want to be named because internal central bank discussions are confidential. “Something had to be done.”

In the weeks that followed, the central bank’s governing council and its new president, Mario Draghi, succeeded in defusing the tension with a monetary policy tool that they will deploy again this week: unlimited three-year loans to commercial banks at the rock-bottom interest rate of 1 percent.