Emergency Meeting Called In Greece, New Sign Bailout May Be In Trouble 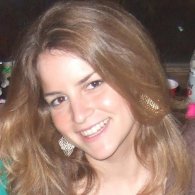 Negotiations between Greece and its creditors about the terms of an orderly Greek restructuring appear to have stalled in Athens, amid troika adamance that the country accept even more dramatic austerity measures in return for the aid they are expected to receive as part of a second bailout, according to the Guardian.

Prime Minister Lucas Papademos has called an emergency meeting of party officials in an attempt to convince them to vote through the spending reforms and bring the debt swap deal to resolution.

Meanwhile, International Business Times reports that dissatisfaction with the Greek government rose to 91% in a poll two weeks ago, although the majority of respondents still supported Papademos.