Date With Drachma Nears as Less Is More in Europe 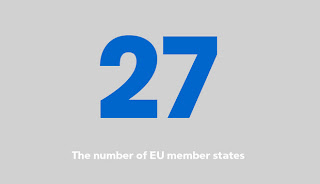 Integration is becoming a dirty word in the European Union. Just when bond markets are looking for signs of cooperation in the 27-member region so they can call off their war on indebted countries, European governments have abandoned the guise of cohesion as they try to hammer out an accord that would commit participating EU countries to tougher fiscal rules.

The Poles and Czechs are sniping at the French (over signing of the fiscal compact); Austria and Luxembourg are squabbling with the Germans and Swedes (over appointing a commissioner to take charge of Greece's budget); the British won't recognize Europe's new budgetary rules; and the Greeks are bickering with everyone. Soaring yields on the bonds of Portugal -- which may be the next euro trouble spot -- show that markets believe there is no movement toward integration.

One thing is for sure: ``Fiscal union'' won't mean the surrender of budget sovereignty for any country other than the ones applying for bailout money and even they may be spared that embarrassment. If an EU Finance Ministry were to be created, it would have only enforcement powers, not the right to make policy for member states. This week's reaction to the German proposal made that only too clear.

``Surveillance of Greece's progress is normal, but there was never any question of putting Greece under tutelage,'' said French President Nicolas Sarkozy. Even the junior partner in the double act known as ``Merkozy'' is breaking ranks on the issue of sovereignty, it seems. Austrian Chancellor Werner Faymann said the proposal to give the EU control over Greece's budget ``doesn't achieve anything and it goes in the wrong direction,'' while a Greek minister summed up his nation's take on the matter as ``the product of a sick imagination.'' More Europe suddenly became less Europe when it comes to giving up national powers.