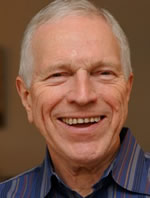 The future of capitalism is again a question. Will it survive the ongoing crisis in its current form? If not, will it transform itself or will government take the lead?

The term “capitalism” used to mean an economic system in which capital was privately owned and traded; owners of capital got to judge how best to use it, and could draw on the foresight and creative ideas of entrepreneurs and innovative thinkers. This system of individual freedom and individual responsibility gave little scope for government to influence economic decision-making: success meant profits; failure meant losses. Corporations could exist only as long as free individuals willingly purchased their goods – and would go out of business quickly otherwise.

Capitalism became a world-beater in the 1800’s, when it developed capabilities for endemic innovation. Societies that adopted the capitalist system gained unrivaled prosperity, enjoyed widespread job satisfaction, obtained productivity growth that was the marvel of the world and ended mass privation.

Now the capitalist system has been corrupted. The managerial state has assumed responsibility for looking after everything from the incomes of the middle class to the profitability of large corporations to industrial advancement. This system, however, is not capitalism, but rather an economic order that harks back to Bismarck in the late nineteenth century and Mussolini in the twentieth: corporatism.