No Fireworks for Euro as It Reaches the 10-Year Mark 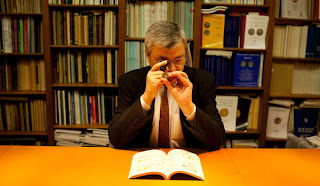 When the euro was introduced just after midnight on Jan. 1, 2002, celebratory fireworks exploded above the European Central Bank headquarters in Frankfurt. The historic bridge the Pont Neuf in Paris was lit up in European Union blue with 12 rays of light to symbolize the 12 nations circulating the euro — as people in those countries lined up at A.T.M.’s to get their hands on new bills that would be daily reminders of the project of European integration and unity.

Ten years later, the word “euro” in a headline is usually paired with the word “crisis.” Instead of hosting celebrations for the 10-year anniversary, policy makers appear to be staying as quiet as possible, as if hoping not to upset the brief calm that has come with the holiday season after European central bankers injected nearly $640 billion into the European banking system in December.

In Brussels, there will be neither a ceremony nor even a news conference to mark the occasion. That set the tone for other countries, many of which were doing the minimum: preparing to circulate a 2-euro commemorative coin for the anniversary.

The coin features the kind of generic symbols — a family, a ship, a factory and wind turbines — that have earned the euro a reputation as a currency designed by committee not to offend anyone, but unlikely to inspire, either.

Even without the crisis, the day 10 years ago may be one better quickly forgotten. Far more than the celebrations, what stuck in the minds of consumers after changing to the euro was the rounding up of prices at supermarkets, restaurants and bars.

More
Posted by Aristides N. Hatzis at 8:54 AM