The Japanification of the west 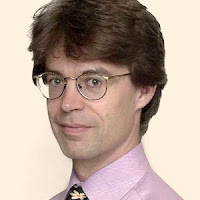 Germany is quite right to think outside control of the Greek budget is needed to impose austerity. Athens should accept, on condition that a Greek runs Germany’s finance ministry, increasing spending to ensure German inflation. The combination would help solve the eurozone’s problems.

Athens’ dismissal of the German plan contributed to a glum market mood on Monday. The five-year US Treasury bond hit a record low yield, while 10-year yields in the havens of the US, Germany and the UK are all below 2 per cent.

Equities fell but have decoupled from bonds since the autumn. Shares are up about 20 per cent but bond yields have barely budged. Bonds are priced for the west to turn Japanese.

Uber-bears, led by Société Générale’s Albert Edwards, have predicted this for years. But investors coming around to the view now have missed the big gains. The lesson from Japan – as well as the yield – suggests the gains still to be had may not be that great.