The Eurozone Crisis For Dummies 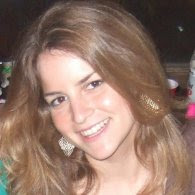 The market still seems to be moving to every headline out of the eurozone, but it's hard to remember what's important.

So let's bring this back into perspective.