Europe's lost generation: how it feels to be young and struggling in the EU

Maybe being young is never easy. But being a twentysomething young European has rarely been more stressful.

More than a quarter (28%) of Italians between 16 and 24 are unemployed. Others are struggling to get by on unpaid internships or poorly paid jobs with little security.

Italy's new prime minister, Mario Monti, has vowed to help the younger generation, promising among other things to help them start businesses, but as austerity bites deep the future is uncertain, even terrifying, for many.

It's not just Italy, of course. Eurozone unemployment is at a record. According to Eurostat, the EU's statistical office, 16.3 million people are out of work in the 17 countries that joined the euro. The story of a lost generation is becoming the scandal of a continent. In Spain, 51.4% of those aged 16-24 are jobless. In Greece, the figure is 43%.

As the eurozone crisis worsened, I went back to my hometown of Civita Castellana, 65 kilometres north of Rome, to meet my classmates from the Giuseppe Colasanti high school. Michela, Maria, Elena, Elisa, Michele, Martina and I were in the class of 2005.

When Monti announced his €30bn austerity package, he said: "Sacrifice will be required." In Civita, those sacrifices are being made. It is one of the largest industrial centres in the region. Since the end of the second world war, about 90% of people been employed making bathroom fittings and crockery, for which Civita is renowned. What everyone now calls "the crisis" arrived here earlier than elsewhere, as the town suffered the consequences of globalisation and competition with China, where similar products were being made more cheaply. Many factories have closed; thousands are out of work.

The debt crisis that began in 2008 means redundancy hangs over many of those who have kept jobs. Then there are the young. Getting a foot on the ladder has never been simple in Italy, where who you know is often key. But with the country facing austerity for the foreseeable future, and eurozone GDP as a whole predicted to shrink by 0.5% in 2012, the outlook is bleak.

So meeting my schoolmates again was quite an experience. My decision six months ago to live and work in London was partly to do with the economy. But how had my schoolmates been getting on? 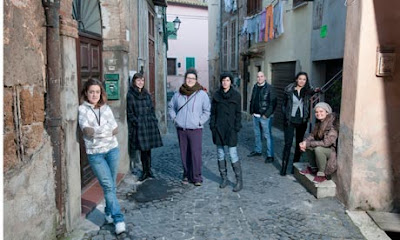 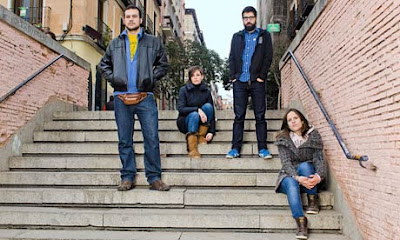 Posted by Yulie Foka-Kavalieraki at 10:05 PM