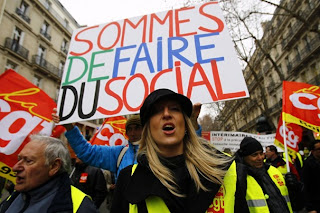 Despite months of urgent summits, repeated rescue plans and merciless budget cuts, European governments remain on the edge of a financial abyss, struggling to meet mountainous debts accumulated over four decades of living beyond their means.

The most immediate danger lies in Greece, where the government is effectively bankrupt, with debts amounting to an estimated 160 percent of the country’s gross domestic product. Negotiations with creditor banks, which have been asked to take a 50 percent loss, are proceeding fitfully in Athens. No one can predict the outcome, but European leaders assert they will not let them fail, and a coalition of creditors said Saturday that a deal might be reached in the week ahead.

Failure would be likely to put pressure on Greece to abandon the euro, the common currency used by 17 of the European Union’s 27 members. That, in turn, could touch off a cascade of financial turmoil, experts warn, endangering the E.U. and eventually crossing the Atlantic to undermine hopes for economic recovery in the United States.

Fellow European governments, meanwhile, warn that they will not pay out the next $170 billion installment on a separate E.U. rescue package for Greece unless the government legislates and puts into practice a new round of promised austerity measures. The tough cutbacks have been stalled for several months in the face of resistance, not only from an already-squeezed population, but also from the legislators and bureaucrats who are supposed to enact and enforce them.