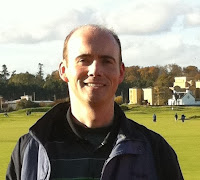 "It's a Ponzi scheme, it's a fraud, it's a sham," observed Jim Rogers this week when interviewed on the BBC World Service. One of the world's most successful investors was, however, not giving his verdict on the dastardly deeds which have confined Bernard Madoff to prison for 150 years, but rather the current strategy of the European Central Bank (ECB) and European leaders in trying to solve the euro zone sovereign debt crisis. For Rogers, their approach is based more on Peter Pan than sound monetary policy.

Ever since euro zone banks snapped up almost half a trillion euros in very low interest three-year loans offered by the ECB last week, the question was to what extent these banks would do the sovereigns a favour, as Nicholas Sarkozy hoped, by buying the bonds of euro zone governments. The answer, based on the results of Italy's latest bond auction on Thursday, is not encouraging. Investors are simply not prepared to lend money to Italy on a long-term basis without a cripplingly high premium, which at 6.98% is barely below the 7% level that forced Ireland, Greece and Portugal to request international bailouts.

If investors in government bonds seem a little nervous at the prospect of buying what until recently were seen as virtually risk-free financial assets, the reason for this reticence, as Jim Rogers observed, is not hard to discern. Money, as Harvard historian Niall Ferguson notes, is about trust and over the last two years the euro zone's political leaders have been extraordinarily successful at blowing every opportunity to solve the debt crisis and restore trust in the single currency project. When ordinary citizens can borrow money at less interest than the Italian state, then it's clear just how serious this crisis has become. For Anthony Crescenzi, executive vice president at Pimco, the largest bond fund in the world, European sovereign debt is "toxic" with about the same status that subprime mortgage assets have had ever since the financial crisis of 2008.