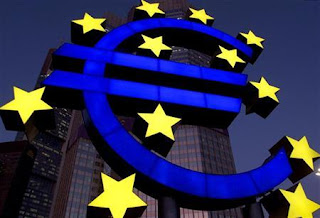 EU leaders will sign off on a permanent rescue fund for the euro zone at a summit on Monday and are expected to agree on a balanced budget rule in national legislation, with unresolved problems in Greece casting a shadow on the discussions.

The summit - the 17th in two years as the EU battles to resolve its sovereign debt problems - is supposed to focus on creating jobs and growth, with leaders looking to shift the narrative away from politically unpopular budget austerity.

The summit is expected to announce that up to 20 billion euros ($26.4 billion) of unused funds from the EU's 2007-2013 budget will be redirected toward job creation, especially among the young, and will commit to freeing up bank lending to small- and medium-sized companies.

But discussions over the permanent rescue fund, a new 'fiscal treaty' and Greece will dominate the talks.

Negotiations between the Greek government and private bondholders over the restructuring of 200 billion euros of Greek debt made progress over the weekend, but are not expected to conclude before the summit begins at 9:00 a.m. EST.

Until there is a deal between Greece and its private bondholders, EU leaders cannot move forward with a second, 130 billion euro rescue program for Athens, which they originally agreed to at a summit last October.

Instead, they will sign a treaty creating the European Stability Mechanism (ESM), a 500-billion-euro permanent bailout fund that is due to become operational in July, a year earlier than first planned. And they are likely to agree the terms of a 'fiscal treaty' tightening budget rules for those that sign up.

More
Posted by Yulie Foka-Kavalieraki at 1:45 AM