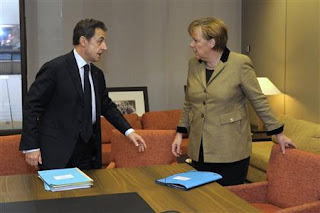 Germany tried on Monday to tone down reports, sparking indignation in Greece, that it wants a new euro zone "budget commissioner" with the power to veto budget decisions taken by the Greek government.

A German finance ministry spokesman said on Monday the euro zone was discussing several ways to closely guide the implementation of budget savings programs in countries that have taken up rescue funds, but had not settled on one proposal.

"There are discussions in the euro zone about what we should do when in certain cases, certain programs go off track over a long period, and time and again," spokesman Martin Kotthaus told a regular news conference, adding there were still shortcomings in the implementation of Greece's savings program.

"In the eurogroup there is a discussion, and there are different proposals and papers," he said.