Ackermann Says Greek Default Would Be ‘Playing With Fire’ 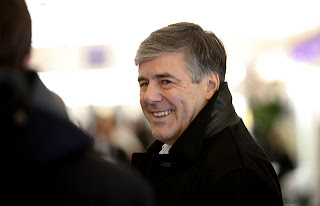 “Default risk is much higher than what people normally take into account,” Ackermann said today in an interview at the World Economic Forum in Davos, Switzerland. “You see already that some markets are nervous about certain countries,” he said. “That is playing with fire if you think that a default will have no impact.”

As Greece’s creditors continue negotiations with the country’s government as well as the International Monetary Fund, European Union, and European Central Bank over the terms of a restructuring, some investors and financiers are downplaying the consequences of a default. JPMorgan Chase & Co. Chief Executive Officer Jamie Dimon said this week that it would not be a “disaster,” Dow Jones reported, citing an interview with CNBC.

“They are underestimating the collateral damages and they are underestimating the risk of contagion,” Ackermann, 63, said today. “If we have a default in the euro zone going forward, this will reduce somewhat the trust and confidence in the euro system and so, in that sense, we should do everything also from a historic and political perspective to prevent a default.”

Market participants remain sceptical that Greece will be able to make a 14.5 billion-euro ($19.2 billion) bond payment in March. In a Bloomberg Global Poll of 1,209 investors released this week, 93 percent of respondents said they expect Greece to default.