What has the ECB done in the crisis? The role of TARGET balances 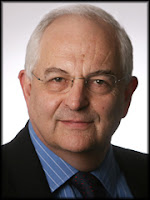 Will the European Central Bank save the eurozone? This is an extremely controversial question. What is clear, however, is that the central bank is the only entity with the capacity and the calling to do so. Without the euro, the ECB ceases to exist. That is true of no other eurozone institution. It gives it the incentive to act. It is also acting on a large scale.

The resistance to funding governments by purchasing bonds on a large scale, even in secondary markets, remains strong, as Mario Draghi, the new president of the ECB made plain in his interview with the FT on December 18.

Nevertheless, he argued, the ECB took important action the week before:


We cut the main interest rate by 25 basis points. We announced two long-term refinancing operations, which for the first time will last three years. We halved the minimum reserve ratio from 2 per cent to 1 per cent. We broadened collateral eligibility rules. Finally, the ECB governing council agreed that the ECB would act as an agent for the European Financial Stability Facility (EFSF).

Thus the ECB is determined to fund banks freely, at low rates of interest, thereby subsidising them directly and the governments they lend to, indirectly. Why lending to banks that use the money they borrow to lend to governments is good, while lending to governments directly is bad, is hard to understand. The only obvious difference is that in the case of lending via banks, the intermediaries may themselves go broke. That makes them unavoidably unreliable conduits. Yet if this complex procedure gets round theological objections to direct financing of governments, those who believe some financing of governments is now needed should be content.

Posted by Yulie Foka-Kavalieraki at 10:05 PM