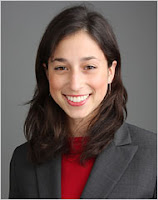 My colleagues Julie Creswell and Graham Bowley had an article on the front page of The New York Times on Wednesday about how credit ratings agencies “missed or badly misread signs of trouble” in Greece.

Receiving an unrealistic credit rating is hardly unique to Greece, though.

As we’ve noted before, ratings agencies are tasked with judging how financially sound borrowers are, but they have historically been poor predictors of sovereign debt defaults and (especially) currency crises.

According to a 2002 study by Carmen Reinhart, a leading economic historian, the ratings agencies have frequently focused on the wrong variables when rating a country’s creditworthiness.

“Little weight is attached to indicators of liquidity, currency misalignments, and asset price behavior,” which research has found to be predictive of debt and currency crises, she wrote.
Posted by Yulie Foka-Kavalieraki at 11:34 PM