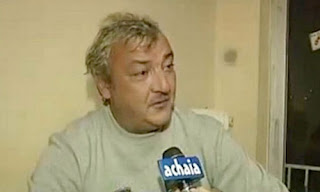 Even before Greece's economic crisis engulfed his own home, Dimitris Gasparinatos found it hard to provide for his six sons and four daughters. His wife, Christina, who was struggling to make ends meet with his salary of €960 (£800) a month and welfare aid of about €460 every two months, was unhappy and desperate.

Deep in debt, the couple owed money to the butcher, baker and grocer – the very people who had kept them going in the port of Patras, west of Athens. In their tiny flat, the family slipped increasingly into a life of squalor.

"Psychologically we were all in a bit of a mess," said Gasparinatos. "We were sleeping on mattresses on the floor, the rent hadn't been paid for months, something had to be done."

And so, with Christmas approaching, the 42-year-old took the decision to put in an official request for three of his boys and one daughter to be taken into care.

"The crisis had killed us. I am ashamed to say but it had got to the point where I couldn't even afford the €2 needed to buy bread," he told the Guardian. "We didn't want to break up the family but we did think it would be easier for them if four of my children were sent to an institution for maybe two or three years."

The next day, his 37-year-old wife visited the local town hall and asked that her children be "saved".