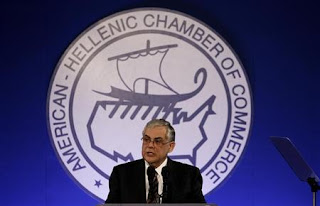 New Democracy spokesman Yannis Michelakis said the party could agree to an extension under certain circumstances but said that elections would have to be held at the latest by Greek Orthodox Easter, which falls on April 15.

The election date had been tentatively scheduled before Papademos was appointed last month but a crowded reform agenda has piled pressure on the government to put back the date.

Political deadlock over the timing of the election has also complicated efforts to reach an accord on a 130 billion euro bailout plan that includes a crucial bond swap arrangement with private sector creditors.