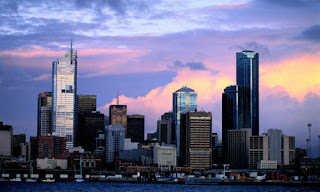 For several months a stream of mostly young men and women, fresh off the plane from Greece, has been knocking at the doors of a large building on Lonsdale Street in the heart of Melbourne. The 1940s block houses the headquarters of Australia's biggest Greek community. In scenes reminiscent of the great gold rush at the turn of the 20th century, the men and women have travelled to the other side of the world in search of a better life. Unlike Greeks of old, however, these new émigrés are noticeably accomplished, with hard-earned degrees won in some of the toughest fields.

"They're all university graduates, engineers, architects, mechanics, teachers, bankers who will do anything for work," says Bill Papastergiades, the community's lawyer president. "It's desperate stuff. We're all aghast. Often they'll just turn up with a bag. Their stories are heartbreaking and on every plane there are more," he told the Guardian in a telephone interview. "A lot come here and are literally lost. We've taken to putting them in houses, five or six of them at a time, here in the centre."

The exodus is just one part of the human drama being played out in Greece where Europe's debt crisis began. Since June, Melbourne community leaders say they have been deluged with thousands of letters, emails and telephone calls from Greeks desperate to migrate to a country that, safeguarded from global market turbulence, is now seen as the land of unparalleled opportunity.

This year alone, 2,500 Greek citizens have moved to Australia although officials in Athens say another 40,000 have also "expressed interest" in initiating the arduous process to settle there. An 800-seat Australian government "skills expo" held in the Greek capital in October attracted some 13,000 applicants.