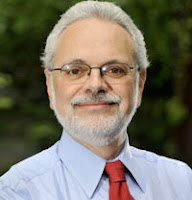 Will European leaders hesitate, fumble, misread reality and ignore imminent danger until they have done even more damage to the world economy than the U.S. did in 2008?

No one calling the shots in Europe intends that. But watching their now-frequent summits—each of which, we're promised, will move closer to a solution than the last one—there is growing anxiety that Europe won't do what is needed in time.

In the past few days, the sirens have grown louder. Poland's foreign minister declared in Berlin: "I fear German power less than I am beginning to fear German inactivity." Japan's central banker warned of "an adverse feedback loop" in which evaporating confidence in European governments "has increased concerns about the stability of the financial system, which in turn has started to affect economic activity" as far away as Asia.

The Federal Reserve's vice chairwoman said "downside risks to global growth have increased significantly," largely due to "an intensification of stress in European banking and sovereign debt markets." And the Organization for Economic Cooperation and Development's top economist asserted: "Policy makers fail to see the urgency of taking decisive action."