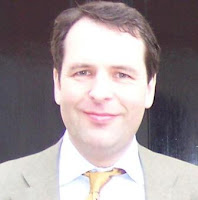 Twenty-five years ago, the Conservative establishment in Britain welcomed proposals for the European Union's single market as a step forward for free enterprise in Europe. The single market had many Tory opponents, but most in the party used the terms "free market" and "single market" interchangeably. Former Prime Minister Ted Heath pointed out this error in a parliamentary debate 20 years ago, suggesting, perhaps with a note of triumphalism, that the single market was not a free market.

Heath's prediction seems to have borne out. In many sectors of the economy, the single market has undoubtedly promoted free trade and, at the very least, made markets freer in those countries that were the most dirigiste. The guiding principle in these industries has been "mutual recognition," or regulatory competition. EU directives required some minimal harmonization of EU law but also banned restrictive regulation in some countries. This meant, for example, that a U.K. insurance company could do business anywhere in the EU while still regulated by the U.K. insurance regulator. The U.K. had to regulate a little more, but other countries had to deregulate hugely. This was how the British Tory establishment envisaged the single market developing.

But more recently, advancing the single market has taken the form of imposing uniform regulation across member states. In insurance, a huge superstructure of regulation is being created through the Solvency II program, which replicates, to a large degree, the failures of the Basel banking accords. For example, Solvency II will require very similar regulation across all member states and determine very precisely how much capital insurance companies should hold to deal with known risks. In other areas of financial regulation, the EU is now using the powers it gained under the Single European Act to increase regulation. This compounds the errors of the various financial-markets directives such as MiFID and the Prospectus Directive.