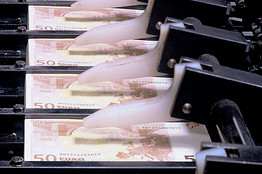 Even after the European Central Bank doled out nearly half a trillion euros of loans to cash-strapped banks last week, fears about potential financial problems are still stalking the sector. One big reason: concerns about collateral.

The only way European banks can now convince anyone—institutional investors, fellow banks or the ECB—to lend them money is if they pledge high-quality assets as collateral.

Now some regulators and bankers are becoming nervous that some lenders' supplies of such assets, which include European government bonds and investment-grade non-government debt, are running low.

If banks exhaust their stockpiles of assets that are eligible to serve as collateral, they could encounter liquidity problems. That is what happened this past fall to Franco-Belgian lender Dexia SA, which ran out of money and required a government bailout. 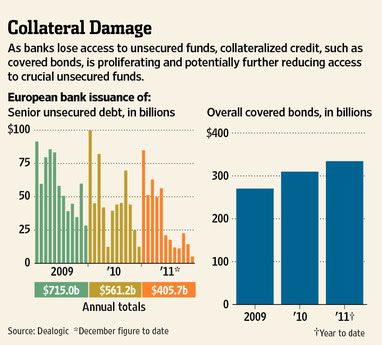 Posted by Yulie Foka-Kavalieraki at 8:05 AM