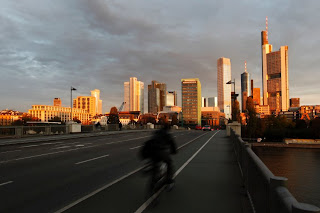 The European Central Bank has launched the biggest lending operation in its history, and banks pounced on the offer on Wednesday, borrowing almost a half-billion euros for three years at a low interest rate. Governments hope the banks will use the cash to buy sovereign bonds, but critics warn the ECB's strategy is risky and could stoke inflation.

Central bankers tend to be diplomatic and cautious in their public statements, so the dramatic wording the European Central Bank (ECB) used this week to warn about an escalation of the euro crisis was indeed striking.

Tensions in the financial markets had "intensified to take on systemic crisis proportions not witnessed since the collapse of Lehman Brothers three years ago," the ECB warned in its latest report issued on Monday.

ECB President Mario Draghi told a committee of the European Parliament that Europe's banks faced major dangers in the coming months. "The pressure that bond markets will be experiencing is really very, very significant if not unprecedented," Draghi said.

It will be a tough year for banks. In 2012 overall they will have to pay back €725 billion ($953 billion) in debt, of which €280 billion will fall due in the first quarter alone. They will have to borrow fresh money to service this debt, but it's almost impossible for them to raise that money in the private market. Most of them have large holdings of European government bonds on their balance sheets, so they don't have the mutual trust necessary to lend each other large sums of money.

"The interbank market is pretty shut," said Dieter Hein, a finance expert at Fairesearch, an independent research company for institutional investors, banks and brokers. "Virtually no one outside is lending any money to euro-zone banks any more."