Argentina's Lessons for a Crisis-Ridden Europe 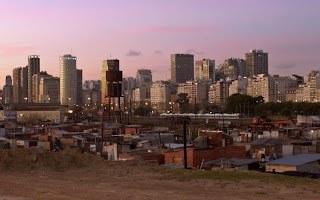 Ten years ago, Argentina's economy was in a shambles, the victim of vast sovereign debt, a peso that was pegged to the US dollar and rigid IMF austerity measures. A decade later, Europe is facing many of the same problems. Argentina's recovery has plenty of lessons for the euro zone -- if only it would listen.

For a retired politician, Roberto Lavagna, 69, is a busy man. The telephone in his office in downtown Buenos Aires rings constantly, as he fields calls from worried bankers in Spain or Portuguese investors seeking advice. The World Bank even flew Lavagna to Madrid for a recent seminar on the euro crisis.

The elegant Argentine is considered a specialist in handling national bankruptcy. It was he who negotiated the restructuring of Argentina's foreign debt during his term as economics minister from 2002 to 2005.

Precisely 10 years ago, South America's second largest economy was on the verge of collapse. The government restricted its citizens' access to their bank accounts and announced a cessation of debt payments. Hundreds of thousands took to the streets in protest, and 30 people died in the unrest. President Fernando de la Rúa resigned in December 2001, ultimately fleeing the government building by helicopter to escape the angry crowds.

Roberto Lavagna was one of those who helped get the nation back on its feet. The price Argentina paid was high: Private creditors had to write off about 70 percent of their investments. Furious foreign investors attempted to have the president's airplane seized during state visits and Argentina was the pariah of the global financial markets. It took currency devaluation and debt restructuring to get the economy back on firm footing.