What's the Risk From a Country Leaving the Eurozone? 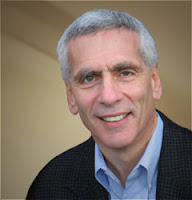 The more we learn about this one, the better. No one knows the likelihood of, say, Greece, to pull an example out of the air, pulling out of the Eurozone and reverting to the drachma. I'd guess not, but the potential is obviously real and growing.

What would happen if a country broke away? Well, the problem is all in the transition. Contracts between creditors (lenders) and debtors (borrowers), including everything from bonds to cheese deliveries, have to be renegotiated, and done so at the value the world decides to assign to the new currency, e.g., the ND ("new drachma"). And one can imagine that assignment will not be flattering to the dropout country.

Bank runs are a worry -- those holding euros in Greek banks will be assigned the new value in "NDs," and account holders will want to avoid that devaluation.