What the IMF should tell Europe

Can the International Monetary Fund save the eurozone? No. But it can help. The world, whose interests the IMF represents, has a stake in what happens. That gives the IMF the right to act. The question is how.

The world has reached a new and potentially even more devastating stage of the financial crisis that emerged in the advanced countries in the summer of 2007. Its epicentre is the eurozone. Unwilling to focus on the critically ill patient in front of it, eurozone leaders spend their time on designing an exercise regime to ensure he never has another heart attack. This is displacement activity.

In the view of many policymakers outside the eurozone, “they just do not get it”. Its members, above all Germany, the most important player, seem paralysed by domestic politics. That is not surprising, since politics remain national. But it also suggests that the project was premature at best, and unworkable at worst.

The latest economic outlook from the Organisation for Economic Co-operation and Development paints a grim picture. Even if catastrophe is avoided, the economy of the eurozone is forecast to stagnate next year. But, notes the OECD, “serious downside risks remain”. Moreover, “a large negative event would ... most likely send the OECD area as a whole into recession, with marked declines in the US and Japan, and prolonged and deep recession in the euro area”. Even emerging markets would suffer. 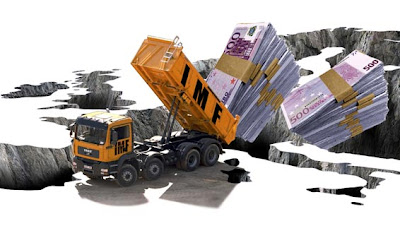