A Tighter Union and Stability Bonds Could Save the Euro 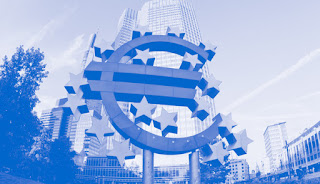 It’s been two years since the European Union’s grand experiment with integration started coming apart at the seams. One plan after another to knit the alliance back together has been tried, and failed. Now comes news that euro-area leaders are considering a tighter fiscal union and the issuance of jointly backed euro bonds.

It’s about time. Setting up a centralized fiscal authority would, in essence, give the euro area a do-over: It would clarify and strengthen the conditions a country must meet to win the collective backing of all the others for its debts.

So how do we begin? As the European Commission, the EU’s administrative arm, wrote in a widely circulated Nov. 23 paper, a fiscal authority must do three things: stabilize and gradually reduce sovereign debt, avoid free-riding by less-disciplined states (the so-called moral hazard), and stop the attacks by investors on euro-area governments. Perhaps most important, fiscal union must benefit all member states.

The last one is especially tricky. In practice, it means that a higher authority in Brussels shouldn’t disenfranchise Greek, Italian and perhaps soon French citizens whose governments and banks need help. But it also means Germany and five other euro-area nations shouldn’t have to give up their AAA credit ratings, and thereby suffer a higher cost of debt financing. It’s a tough puzzle to fit together, but possible.

The way to do it is by simultaneously forming a tighter fiscal union and arranging for the issuance of euro bonds or, to use the EC’s hopeful euphemism, “stability bonds.” This would involve pooling all euro-area sovereign bonds, making each country liable for its own and other euro-area debts.

More
Posted by Yulie Foka-Kavalieraki at 2:14 AM