Thinking the unfolding — the break-up of monetary union 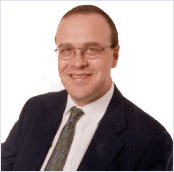 Many in the market are now thinking through the consequences of any one country (or all 17 member states) changing currencies on departing the euro. Gilles Thieffry, a Partner at GTLaw, Geneva, has perhaps been thinking it through earlier than most. He started in 1998. We are pleased to present his analysis of the “redenomination risk” confronting markets in 2011.

In a series of three articles written since 1998, I studied the legal consequences of the break-up of European monetary union. The legal challenges related to the creation of a currency without a single sovereign, a ‘sovereign-less’ currency, were studied. Events are now unfolding and the redenomination risk of debt instruments has been identified by markets as a serious challenge (as identified in my last two articles on this topic).

Monetary union was intended to be an irrevocable process. No resignation or expulsion is provided under the Treaties. Falling short of diktats (which no one can benefit from – our common history shows what a diktat by one or two countries may lead to), any break-up will require consensus if no one wants to contemplate disaster. To understand the issue at hand, it is worth remembering that the Euro is the lawful currency of all and each of the EMU participating states.

However large and powerful a country may be, the Euro is as much the lawful currency of each of Greece, Spain, Portugal and Ireland as it is the lawful currency of Germany or Slovenia, as well as being a currency managed by the whole. As I did in my last article in late 2010 (Thinking the Probable), I shall take Greece as my example. Needless to say, what follows applies to all participating member states.