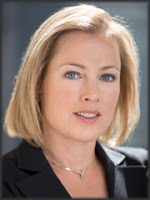 Even in the ‘unimaginable’ scenario of a eurozone break-up, it would be less messy than in the USSR in 1991 when barter became the norm.

A few weeks ago, I stumbled on a Soviet 10-rouble note, tucked into an old notebook. Gazing at the crumpled piece of paper, with the iconic face of Lenin, invoked a frisson – particularly given all that is now happening in the eurozone.

Back in the late 1980s, I lived in the former Soviet Union as a PhD student, where I received a (pretty generous) monthly stipend of Rbs430. As I collected notes each month, I never questioned whether that paper would always be “money”; to me it seemed self-evident that this money had value and could be spent anywhere across the USSR. The Soviet Union – and its monetary union – seemed to be permanent.

But in 1991, my assumptions were brutally turned upside down – along with those of millions of other Soviet bloc inhabitants – when the old Soviet system ceased to exist, and republics such as Tajikistan (where I had been living) declared independence. For the first few months, many republics continued to use the old Soviet rouble. After all, the task of printing and distributing new banknotes is a complex one, particularly amid political turmoil. But nobody really knew who was “in charge” of that rouble; the political union had collapsed. Unsurprisingly, prices went haywire. A hotel room might cost Rbs200 in one town in Tajikistan, but 10 – or 100 – times that in a city in Uzbekistan.The only constant was the level of student stipends.