Sarkozy Can Help the Euro—and Himself 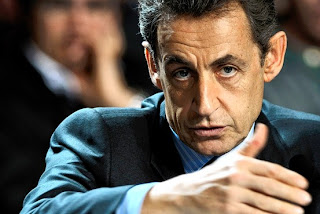 For much of the past two years, Germany has endured a lot of criticism for its approach to the euro-zone crisis, not all of it fair. Some say it is guilty of ingratitude, failing to acknowledge how much of its own economic success is due to membership of the euro zone; many believe it has misused its political and economic power to impose ill-judged austerity policies on its European neighbors, worsening their economic crises; and it is accused of a lack of solidarity for refusing to allow policies that might end the crisis, such as greater European Central Bank intervention and the creation of common euro-zone bonds. The result is that Chancellor Angela Merkel can expect to receive much of the blame if, as some now expect, the common currency breaks up.

There is an element of truth to these criticisms. Germany has certainly often been slow to appreciate the consequences of its actions. It underestimated the speed and severity of the contagion that arose after it insisted on imposing losses on private-sector owners of government bonds as a condition of future bailouts; it failed to anticipate the devastating impact on confidence of Ms. Merkel's statement that Greece could leave the euro; and even now, Germany may be underestimating the seriousness of the current crisis—in particular how far the sovereign-debt crisis reflects a loss of confidence in the wider market rather than a lack of credibility in national fiscal policies.

Even so, Germany can't be faulted for its clear-sighted analysis of the euro's failings and what must be done to eliminate them. It has recognized that this is, above all, a governance crisis. Too many European governments had become the prisoners of vast, unproductive public sectors and over-mighty trade unions, buying electoral support with lavish entitlements that destroyed competitiveness and ran up unsustainable debts. At the same time, Germany recognized that the euro zone's institutional arrangements, including the Stability and Growth Pact that was supposed to guarantee fiscal discipline, had proved woefully inadequate. Finally, it recognized that only market forces, no matter how painful, could exert the necessary pressure on governments to reform.