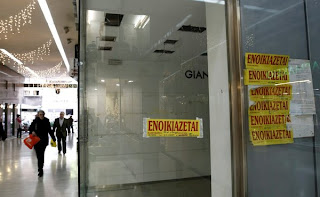 In a stern pronouncement, Moody’s Investors Service this week warned of rising prospects for multiple defaults by countries in the euro zone and credit rating downgrades of nations across Europe if leaders should fail to resolve the spreading debt crisis.

When it comes to Greece, critics say Moody’s should have been tougher a lot earlier.

Until two years ago, the ratings agency took a relatively lax approach to growing signs of troubles in Greece, epicenter of the current crisis, even as the country plowed ahead with a borrowing binge that jeopardized its fiscal condition.

Moody’s held off dropping its strong A rating of Greece’s bonds despite growing political turmoil and economic woes through 2009. Investor fears over Greece’s short-term financing needs were “misplaced,” Moody’s said in a report in early December 2009. Twenty days later, after a review, the agency downgraded the nation’s debt, the last of the major ratings agencies to do so.

After that, the ratings of the debt-ridden country went into a virtual free fall, and within six months Moody’s assessed its debt as much riskier for investors, giving it junk status.

“If you look at the fact that this is going to be a country that is going to default on its debt, and two years before it was still single A, that is a very, very precipitous fall,” conceded Pierre Cailleteau, Moody’s head of sovereign debt ratings until he left in spring 2010. He rated Moody’s performance as mediocre, but added that it could have been worse.

More
Posted by Aristides N. Hatzis at 8:50 AM