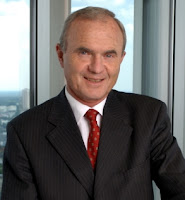 In providing advances to the banking system to stay a panic, a central bank should follow two rules.

“First. That these loans should only be made at a very high rate of interest. This will operate as a heavy fine on unreasonable timidity, and will prevent the greatest number of applications by persons who do not require it … Secondly. That at this rate these advances should be made on all good banking securities, and as largely as the public ask for them.”

This is the original definition of the role of the central bank as lender of last resort by Walter Bagehot in his famous book Lombard Street (1873).

Should the European Central Bank be this lender of last resort? The answer can only be a clear yes. Does the ECB act according to this principle? Yes, again. Indeed, for understandable reasons, the ECB is going far beyond what Bagehot asked the central bank to do in times of panic. Not only is it offering unlimited liquidity to the banking system. But the supply of central bank money is provided on extremely low interest rates, not on a penalty rate. And who would characterise the collateral accepted by the ECB as comprising only “good banking securities”?

So, why is there pressure on the ECB to act as lender of last resort? Because this term is used, or one should say badly misused, for totally different actions: namely a commitment of the central bank in principle to make unlimited purchases of government bonds.