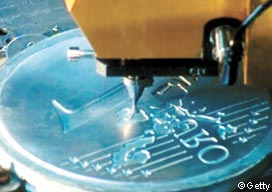 The eurozone crisis is threatening to engulf all the region’s governments as their ability to raise capital in the markets is increasingly in doubt, according to Moody’s, the US rating agency.

The agency fears that policymakers will not be able to move swiftly enough to stem the deepening crisis ahead of a series of key bond auctions that will test investor sentiment and put the European Central Bank under greater pressure to intervene.

Italian bond yields, which have an inverse relationship with prices, remained above 7 per cent – a level considered unsustainable by markets – amid continuing worries that Rome may be forced to follow Greece, Ireland and Portugal into accepting bail-out loans.

The eurozone government bond market stages more auctions on Tuesday with Italy looking to raise up to €8bn in bonds. Spain and France plan to issue bonds on Thursday.

“Without the support of the European Central Bank, these markets would already be broken and in need of a bail-out,” said one trader.