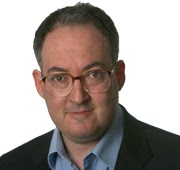 Could things go bad again? I mean really bad – Great Depression bad, world war bad? The kind of cataclysmic event my generation has learned to think belongs only in the history books.

There is certainly a sense of foreboding in Europe at the moment. Speaking in Berlin on Monday night, Radoslaw Sikorski, the Polish foreign minister, warned: “We are standing on the edge of a precipice.” President Sarkozy of France cautioned recently: “If the euro explodes, Europe would explode. It’s the guarantee of peace in a continent where there were terrible wars.”

European politicians have often indulged in shroud-waving about the threat of war, to rally support for the beloved European project. In normal times, few Europeans take such talk seriously.

On the contrary, war talk seems inherently implausible to people raised in prosperous, peaceful western Europe. I have lived my entire life in a world in which, for all its ups-and-downs, things seemed to be getting steadily better. Nazism had been defeated; dictatorships fell in Spain, Portugal and Greece; the Soviet empire collapsed; apartheid ended in South Africa.