The High Price of Abandoning the Euro 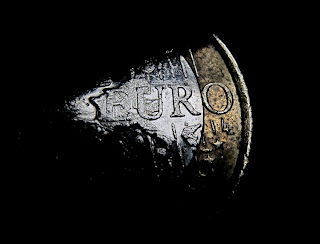 There is mounting speculation that the euro zone will break apart, or even that the single currency will be abandoned altogether. It often sounds as if such scenarios wouldn't be so bad for Germany. In fact the consequences would be catastrophic for Europe and for its largest economy.

The warning signs are mounting, and fresh news is adding to the gloom every day. Britain's financial watchdog has instructed banks to brace for a possible break-up of the euro zone. British currency trader CLS Bank is reportedly conducting stress tests to prepare for this worst-case scenario.

Polish Foreign Minister Radoslaw Sikorski made a dramatic appeal to Germany on Monday to prevent a collapse of the currency union, saying: "We are standing on the edge of a precipice."

German investors are jettisoning derivatives on a large scale because they have lost confidence in the instruments. For the first time, it appears, people across Europe regard the downfall of the euro as a real possibility.

Is it really for the first time, though? In fact, scenarios for the euro's breakup are older than the currency itself. At the end of 1998, Harvard Law School Professor Hal Scott published a paper called "When the Euro Falls Apart." He put the chances of the euro failing at around 10 percent.

Today, that's a real prospect. According to Mark Cliffe, the chief economist of ING Bank, "even the most ardent euro admirer must concede that the probability of countries leaving or the breakup of the euro zone is no longer zero."

The economist Nouriel Roubini, known as "Dr. Doom" because he predicted the 2008 financial crisis, recently put the likelihood of the euro zone collapsing at 45 percent. But such expert forecasts sound abstract to most people.

What would be the concrete consequences and costs of a euro apocalypse -- for Europe and for Germany? Here's an assessment: