After a period of intense political turmoil, Greece has converged on a coalition government tasked with implementing reforms. This column argues Greece should now change from fiscal targets and debt restructuring to operational restructuring. It proposes three independent authorities with tight governance and accountability to manage healthcare procurement, monitor structural reforms, and fight corruption. 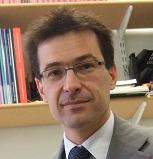 After a period of intense political turmoil, Greece has converged on a coalition government tasked with implementing the decisions taken on 27 October 2011. Lucas Papademos, who heads the new government, has only been given a few months and a handful of new cabinet members to achieve this. Nevertheless, Papademos has the formal support of both major political parties, and his popularity in recent polls exceeds 70%. There is therefore an opportunity to address not only the symptoms of Greece’s malaise, the debt and its proposed restructuring, but also the underlying causes, the structural and administrative failures which have brought Greece to the brink of bankruptcy (European Commission Task Force for Greece 2011).

Of course, creditors and the IMF should consider whether the proposed debt relief is sufficient for sustainability and growth (see past cases discussed by Sturzenegger and Zettelmeyer 2007). The focus in Greece, however, should now change from fiscal targets and debt restructuring to operational restructuring. The debt restructuring plan alone will not stave off a potential bankruptcy but will only delay it if the pathologies that brought the country to its current situation are not tackled. So, what should be the main priorities for reform? How can the new government build on the reform efforts made over the past one-and-a-half years, and how can the mistakes made during that period be avoided? These questions were the subject of a meeting that we hosted at London Business School a month ago.

The meeting was attended by former ministers and current MPs of both major parties in Greece, as well as by senior policymakers, bankers, regulators, and academics from Greece and abroad. It is sobering to note that this was the first event of its kind, whether inside or outside Greece. Very positively, despite the range and diversity of the participants, a remarkable consensus emerged on the way forward. We are thus convinced that a set of bold structural reforms can have broad political support, provided that political parties can take the courageous step of severing their own ties to practices which led to the onset of the problem.

See also
Posted by Yulie Foka-Kavalieraki at 10:00 AM