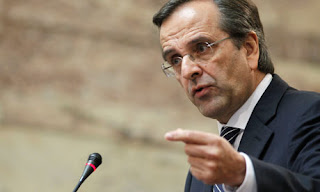 "I will do whatever I can to help form a coalition government," Mr. Papandreou said in remarks that were televised nationally. "The Oct. 26 decisions and obligations stemming from this are a condition for the country remaining in the euro."