The Stability and Growth Pact: Crisis and Reform 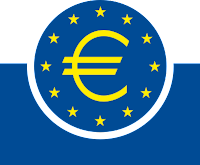 The sovereign debt crisis in the euro area is a symptom of policy failures and deficiencies in – among other things – fiscal policy coordination. The first nine years of the euro were not used effectively in order to improve public finances, while the Stability and Growth Pact was watered down. Spillovers from the financial and economic crisis compounded fiscal difficulties in the euro area, especially in certain member countries. This paper looks back at the history of fiscal policies and rules in Economic and Monetary Union (EMU). It makes proposals to strengthen fiscal policy governance that go well beyond the legislation set to be adopted in autumn 2011. The authors consider these additional governance measures to be essential for effective policy coordination and sound public finances in the future.

Read the Paper
Posted by Yulie Foka-Kavalieraki at 4:25 PM