The Sick Men of Europe: Greece 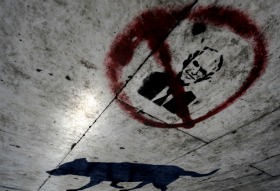 Greece continues to be ground zero for the European financial crisis. Experts from the European Union, the International Monetary Fund, and European Central Bank are in Athens this week to test whether the country is complying with the terms of its EU bailout package. German Chancellor Angela Merkel has suggested that the rescue might need to be renegotiated based on their findings. At stake is whether the country will receive its latest 8 billion euro tranche of the 110 billion euro bailout -- though most analysts agree it's a Band-Aid, at best. Germany's parliament is voting on Thursday on whether to approve enhanced powers for the eurozone's bailout fund -- known as the European Financial Stability Facility -- thought critical to ensuring Greece's solvency going forward.

Prime Minister George Papandreou was in Germany this week to plea for more aid from the German government and business leaders, describing his country's recent efforts to cut debt levels as "superhuman." He pledged a budget surplus by 2012.

In order to plug a budget gap that would have put the latest bailout tranche at risk, the government passed a controversial new property tax this week. Further austerity measures could include an additional 20 percent wage cut for various segments of the public sector (on top of the 15 percent cut they've already absorbed), a 4 percent reduction of pensions, and more tax increases. Greece is aiming to reduce its deficit to 7.5 percent of GDP by the end of this year from 10.5 percent last year.

With the new measures, Greece appears to have avoided a default for now, but possibly at risk of further damage to the country's social stability: A new round of strikes and demonstrations has swept through Athens with more planned for next month.