Only a finance minister and full fiscal union will do 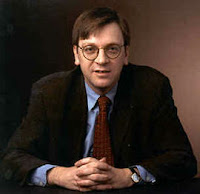 Whatever the outcome from the current Greek difficulties, it is clear that the future of the euro, if not the European Union itself, is at stake. For an exit from the crisis there is no alternative but to move closer and quickly towards fiscal union.

Facing a vacuum, member states have turned to the European Council or bilateral summits between France and Germany, which both have strong vested interests at stake. But the council is ill suited for such a role, and incapable of developing a plan and vision for the future. Instead, the European Commission must present a global, comprehensive plan for overcoming the crisis

Given the state of Greek public finances, this plan must, first of all, review the European financial stability facility. This is currently hostage to anti-European protest movements, given that each national parliament must ratify a decision to release funds to bail out a country in need. The need for unanimity will eventually strangle the mechanism, so a new fund, taking decisions by majority vote, is needed instead. This must also be provided with sufficient funds to reassure the markets about the eurozone’s liquidity and recapitalise Europe’s banks.