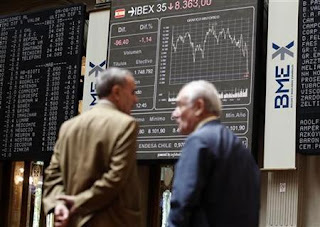 Europe's leaders may soon have to bow to market pressure by issuing a common euro zone bond as early as next year, as a growing field of investors and economists say it would be the best -- and perhaps only -- way of solving the debt crisis.

French and German leaders disappointed financial markets this week, signalling that a common sovereign bond, if it ever comes, would be a long way off and that instead they were focussing their efforts on more economic integration.

But a Reuters poll of economists taken this week suggests Europe's power brokers will have to face up to the reality that jointly-issued debt might be one of the few measures that can stem the sovereign debt crisis, which threatens to overwhelm some of the bloc's biggest economies.

Some 41 out of 59 economists polled by Reuters said a common euro zone sovereign bond would be a good long-term solution to resolving the crisis, with 36 out of 60 analysts expecting euro zone leaders to eventually agree to its issuance.

A majority of those analysts expected the first issuance as soon as 2012 or 2013, the poll showed.