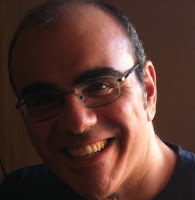 The second dip of Europe’s recession should be the most anticipated recession in economic history. Everybody sees the iceberg looming ahead, but leaders can’t agree which way to turn to avoid it. Maybe there is no escape: Austerity and taxes lead to less revenue, stimulus and tax cuts lead to larger deficits. We brought ourselves to this dilemma by abandoning some sound economic principles and letting politics interfere with markets.

The situation in Europe is the result of five kinds of political failure:

1. The failure of the European Union to evolve. The euro zone was a good idea as long as there was a plan for further unification. What we have now is a loose large market with no institutional support.

2. The failure of government spending. Spending for public goods and the welfare state became a tool for the politicians who wanted to buy votes (from the middle class, farmers, etc.) instead of creating a safety net and ensuring equal opportunity.

Read the rest of the debate

Read also (other op-eds on the Greek Crisis by Aristides Hatzis):
"Moral Hazard in Greece" (New York Times)
"Lessons from Greece" (Korean Herald)
"From Athens to Seoul" (Korean Herald)
Posted by Yulie Foka-Kavalieraki at 10:30 AM

Clientelism has deep roots in the Greek political system. It has been developed too much during the lost decades of 80's and 90's.
A new political contract must be signed between the people and their expression (political elites) in Greece.
Many thenks to Pr. Aristides Hatzis for his targeted ot the problem article