A Greek Politician Who Pushed Back Against Perks 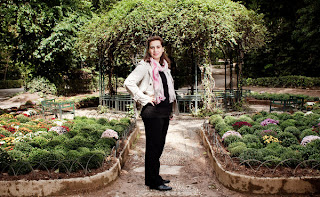 In her tiny office here, Hara Kefalidou rolled her eyes remembering the days just after her letter was first published in the conservative daily Kathimerini.

In that letter, Ms. Kefalidou, a newly elected member of Parliament, called on her fellow legislators to give up some of their vaunted perks, including free cars, the $425 fee for attending committee meetings and double pensions.

It was not an idea they immediately embraced. She soon found herself being lectured by party leaders about her lack of judgment. “I was so alone,” she said. “People that I really admired called and said in private in a paternalistic way: ‘O.K., you said what you had to say. Now, move on.’ ”

The letter — and her eventual decision to give up some of her own perks, including her free Mercedes — catapulted her into the headlines here, some praising her for her boldness. But it has also unleashed a torrent of criticism from fellow politicians who have called her an opportunist and a hypocrite.