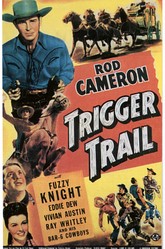 Think the all-clear has been sounded on a Greece default? Not so fast, says Barclays Capital.

They warn that that credit default swaps on Greece could still be triggered despite the so-called “voluntary” exchange. They note that there’s a key unknown about how much “voluntary” participation is being counted on by European officials to make the deal work. And even if they reach that unknown number, there’s still the little matter of whether Greece will be able to pay its remaining debts…

Here’s what they have to say:

We believe the key question is: will the EU/Greece achieve their desired participation rate (not yet disclosed) with a purely voluntary process? Given the magnitude of the haircuts required, we would be surprised if there are not a significant number of holdouts among non-bank, non-insurer holders, particularly among holders of shorter-dated 2012-13 bonds (nearly EUR70bn of bonds mature by YE 2013). If the EU is willing to live with a significant number of such holdouts, they could accomplish this round of PSI without a CDS trigger. We suspect this could be difficult and, thus, believe the risk of a mandatory process in the near term (and a resulting CDS trigger) remains reasonably high.


Further, we also highlight that even if a “voluntary” process is completed, Greece’s debt sustainability after this restructuring would remain far from certain and the debt dynamics would remain stressed. As a result, the risk of a future restructuring/CDS trigger would remain significant for some time.