Europe’s rescue plan: This week’s summit was supposed to put an end to the euro crisis. It hasn’t 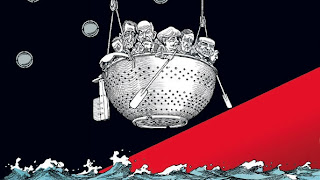 You can understand the self-congratulation. In the early hours of October 27th, after marathon talks, the leaders of the euro zone agreed on a “comprehensive package” to dispel the crisis that has been plaguing the euro zone for almost two years. They boosted a fund designed to shore up the euro zone’s troubled sovereign borrowers, drafted a plan to restore Europe’s banks, radically cut Greece’s burden of debt, and set out some ways to put the governance of the euro on a proper footing. After a summer overshadowed by the threat of financial collapse, they had shown the markets who was boss.

Yet in the light of day, the holes in the rescue plan are plain to see. The scheme is confused and unconvincing. Confused, because its financial engineering is too clever by half and vulnerable to unintended consequences. Unconvincing, because too many details are missing and the scheme at its core is not up to the job of safeguarding the euro.

This is the euro zone’s third comprehensive package this year. It is unlikely to be its last.