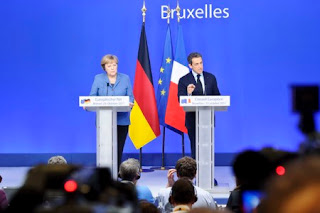 Sometimes I think the euro zone debt crisis is like watching a remake of the Bill Murray classic Groundhog Day, with the screenplay written by Financial Times correspondents. I wake up and read the news coming from Europe: worries mount about a Greek default, contagion spreads across the continent, the euro zone leaders are lost in befuddled bickering, and then a new pact to fix the problems emerges, hailed as historic. Then I get up the next day to find we're in exactly the same place we were before, with the cycle just repeating itself. Again and again. The only difference is that Groundhog Day made me laugh. The euro crisis version makes me want to cry.

So today, again, we find ourselves with yet another supposedly historic agreement, the one that will finally, really, once-and-for-all put an end the debt crisis, the most dangerous threat to global financial stability today. But is this the big one? Or will I wake up tomorrow listening to the same euro zone version of “I Got You Babe,” sung by Nicolas Sarkozy and Angela Merkel?

This latest pact, reached after all-night, hard-fought negotiations Thursday morning, is still short on details and has a long way to go before it can be called actual policy. But looking at the general outlines, I see some good aspects, some bad, and some truly ugly.