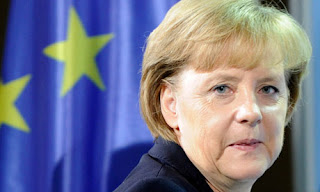 European bank shares leaped in the wake of the eurozone debt deal even though some of the continent's biggest banks were ordered to find an extra €106bn (£93bn)to cushion themselves against potential losses in Greece and other troubled countries.

The capital shortfall was smaller than had been feared and analysts calculated that many banks would be able to fill the gaps by reducing their loans, halting dividends and bonuses and selling off businesses – rather than turning to taxpayers for a bailout – by the June 2012 deadline. Analysts at Credit Suisse calculated that such action might eventually reduce the capital shortfall to just €20bn.

Banks in Greece will need to find €30bn, already earmarked from the country's bailout package. Spanish banks – including Santander which has a presence on the UK's high streets and needs €15bn – will need €26bn. Britain's banks were given a clean bill of health and the tripartite authorities (the Treasury, Bank of England and Financial Services Authority) said the strength of the UK's banks "reflects the actions taken to improve the resilience of the UK banking system since the financial crisis began".