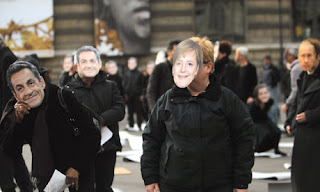 Senior EU officials rushed on Thursday to prevent the early morning summit deal to resolve the sovereign debt crisis in the eurozone from unravelling.

They insisted that the agreement was "uniformly superior" to the one reached in July but investors and analysts immediately feared a repeat of an early "sugar rush" followed by swift sobriety as details of the deal were unpicked.

Efforts by the officials to brief reporters on the substance of the accord, especially the "haircuts" on private holdings of Greek debt but also the beefed-up bailout fund, the European Financial Stability Facility, met derisive laughter at times as the lack of detail emerged.

This was mirrored elsewhere as economists picked holes in the so-called comprehensive settlement.